I’m new to Couchbase so this may be a stupid rookie mistake on my part. But I cannot get replication via the sync-gateway to work.

Code in the “MainPage.xaml.cs” of the .NET Standard Library (read: new-fancy-PCL):

The Problem:
Well the most obvious problem is that the sync is not working. When creating a new document via .NET, it is not pushed into the bucket. Also I put a document into the bucket via admin-console and it is not pulled (db.GetDocument returns null).
When I break in “onReplicationCompleted” the “replicationEvent” also contains a LastError:
LastError = {LiteCore.LiteCoreException: LiteCoreException (400): Bad Request}

That should be an http: or https: URL.

thanks for taking the time to check this out and answer!

because the new 2.0 replication protocol only supports websocket/blip.

I also tried blip:// with the same result as ws://. blips / wss don’t work because of certificate errors. But I would assume it should work without encryption. (?)

It appears we get the same error. We have been trying to get sync online between Server 5.0.0(3217)+Gateway 1.5v477 and WinForms .NET 4.7 and .NET Standard 2.0. Running the replicator from CBL NuGet 2.0db016 from desktop using Replication protocol 2.0 and ws:// URI gives us a 400 error and nothing showing in the gateway console, the websocket just disconnects uncleanly. When we try to connect to the ws:// using plugin in Chrome it does connect and shows up on the server that a connection occurred. We also tried to connect with and without authentication.

Without reading the logs (on my phone) it almost seems like sync gateway is not configured for the version 2 replicator. In the unsupported section I think there needs to be an entry called “replicator_2” whose value is true.

Like the Gateway config Lars.s posted, we have that configured on our server.

thanks for taking the time to answer!
I posted our sync-config above and it contains the unsupported replicator_2. It is placed inside the database-object as per documentation. I assume this is correct?

I would also assume avia_bdg also has this inside his sync-config.

could this be a Bug in the .NET implementation?

We have successfully added the travel-sample bucket and setup the iOS 2.0 Demo (http://docs.couchbase.com/tutorials/travel-sample-mobile.html?lesson=01-overview). Everything works and behaves as expected.

To make sure, I’ll try and “port” the important parts from the iOS Demo to .NET. But from what I see at first glance in the code, the replication is the same as what we already tried in .NET and posted above in the OP :(.

Another Update on that:

Looking through the iOS-Demo implementation the only relevant part seems to be in
startPushAndPullReplicationForCurrentUser
which is basically the identical code to what I posted in the OP (just in swift, obviously).

Adapting the above code to use the travel-sample database, correct user and channel (channel.{username}) – just like in the iOS demo – still results in the same behaviour with a 400 Bad Request error and nothing showing up in the sync-gateway-console.

Either I’m missing something very elementary or this is a bug in the .NET implementation.
I’ll open an issue on github. But if anyone has an idea or comment, please also post here :/.

That’s certainly disappointing. The actual logic that creates those messages is in the native library so it must be web sockets acting up. I haven’t seen that issue (or at least I don’t remember seeing it) so I will fire up the tests for sync gateway again and see what happens tomorrow. I’ll report further on the ticket. 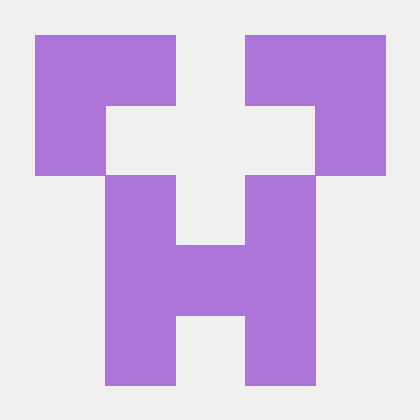 I also in the meantime tried using Xamarin Shared Project and PCL, but both didn’t work either. I’m still not 100% certain, if it’s a bug or my own stupidity :/.

@borrrden : I saw on github, you made some efforts to port the todo-example into 2.0 UWP and .NET Standard. Is there any Version of that, that should currently work? (like the feature/2.0 branch?)