I’m a Couchbase newbie and looking for some general advice on a use case.

I am designing an on-site (not cloud based) Gateway controller device which will be collecting data from IoT devices, providing APIs for local mobile devices, and sending data to the Cloud. I can use either ARM or x64 for this device and would probably be able to get 2-4GB RAM (think an Intel NUC or UpBoard). Ignoring drive space, I’m wondering if this is a good use-case for Couchbase (I’m very interested in some of its capabilities) but I’m not clear on how well it would run on lower-end hardware.

I’ve read about Couchbase Lite, but it seems that it would be taking away too many features to make it a viable option.

Any thoughts or advice?

I remember @matthew.groves built a box that put all Couchbase Component in it.

I tried it with some very low-end hardware with 2gb of ram. These compute sticks are meant for Netflix and a web browser, not a database server. So, I have a lot of trouble with them. I was hoping to try a version 2 with some better hardware sometime in the future.

Someone else who has also worked with smaller, low-end hardware (for demonstration purposes) is @househippo (Fujio Turner).

@rmoore
I tried the Intel Nuc I could not get them to take a Linux Distro. So I went with GigaByte Machines.
I have it set up for Couchbase Mobile so I even used Raspberry PI for Sync Gateway Web Servers.
Hidden in the back is a 16 port switch. 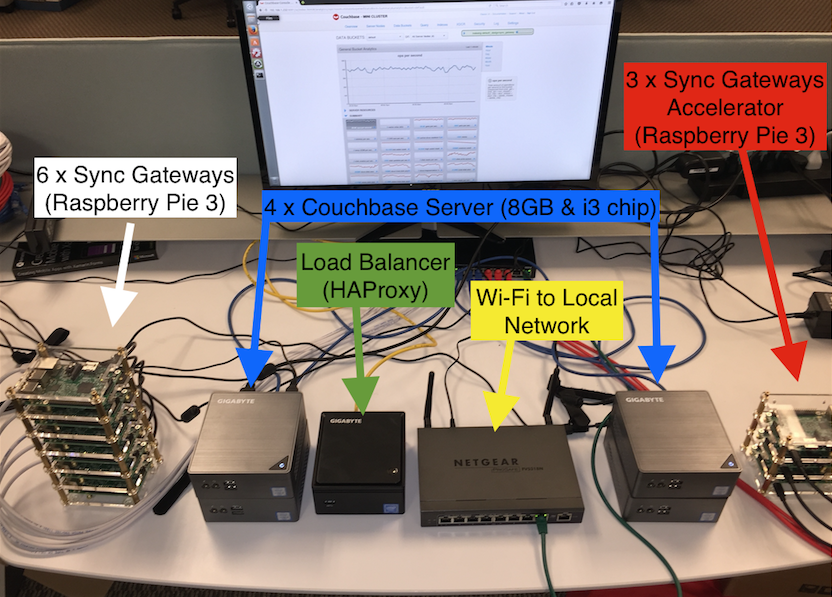 So the set up looks like this. You might not need the Sync Gateway Accelerators in RED 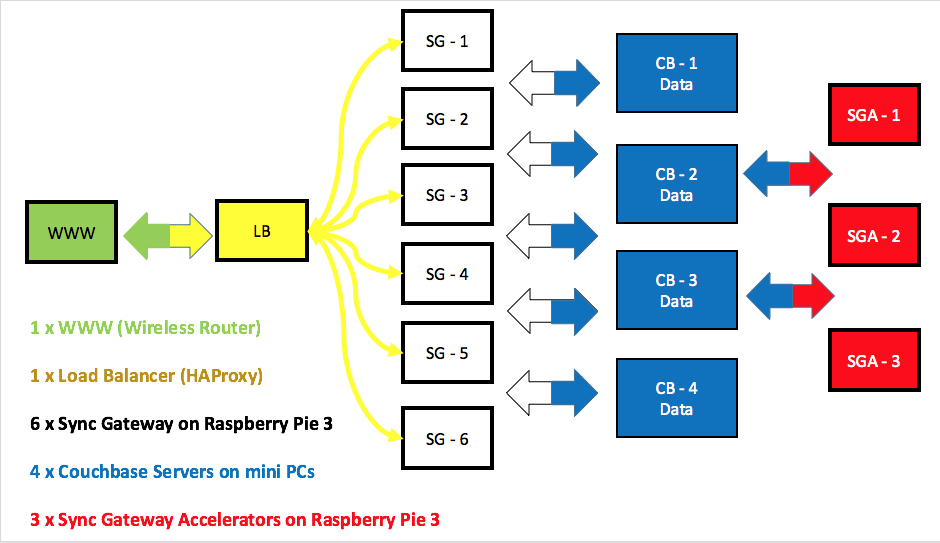